ronigross.com
Roni Gross is a book artist who trained first as a musician and then as a choreographer. She is interested in the theater of the book, its pacing, the music of language, and the resonance of color. Her work aims to create an environment in which to experience language. She publishes limited edition letterpress printed books which are collaborations with the sculptor Peter Schell under the press name Z’roah. She currently teaches at The Center for Book Arts in NYC, and has taught at Penland, The New School, Pratt and Hot Bed Press. Her work is in the collections of the New York Public Library, the Library of Congress, Harvard, Yale and many other public and private collections.

A set of 6 poems configured so that the text can be read vertically down two columns or horizontally across two columns.The 2 type faces are dissimilar and trade places from poem to poem as a way to cue to reader into the idea that these poems have 2 ways of being read.The position of the type to the visual elements and the fold was designed to speak of the emotional tension, pain, violence, grief, and the passage through it.The palette was chosen to be in opposition to the tone of the poems so that the poems could speak louder. Love and violence right up against each other. Edition of 15 copies 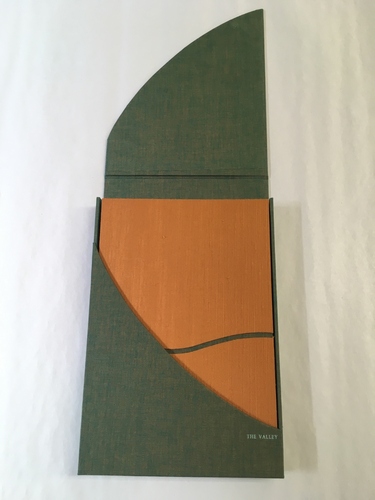 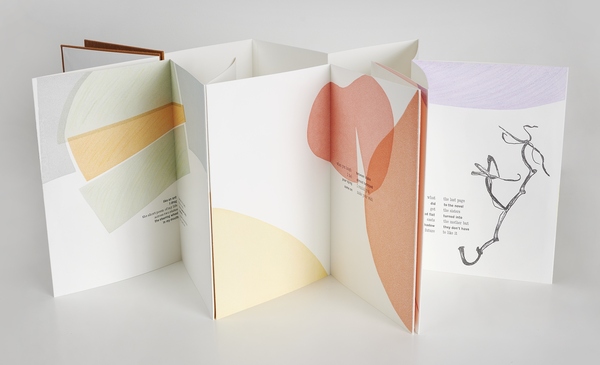 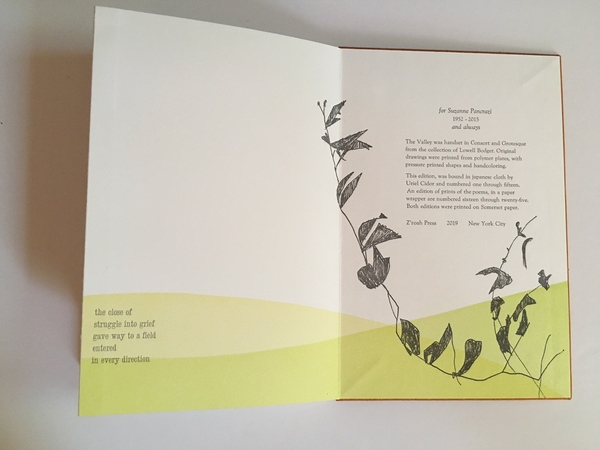 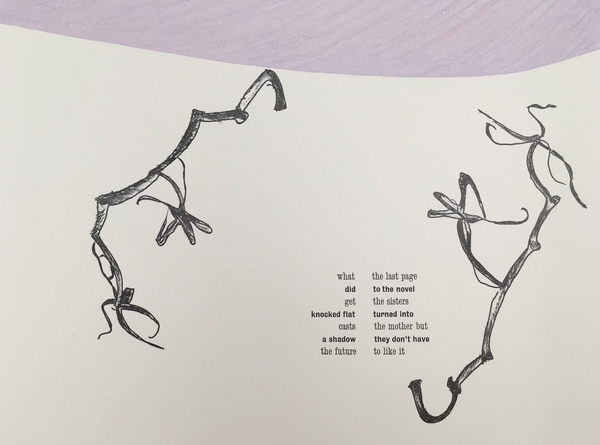